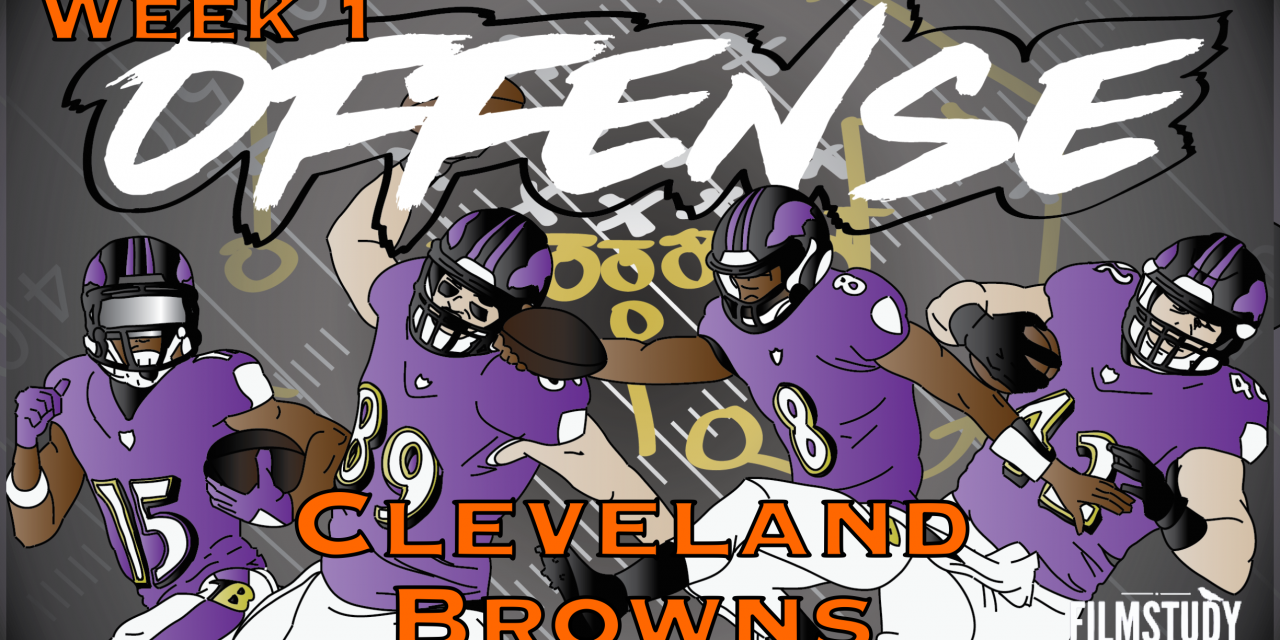 The Ravens afforded Jackson ample time and space (ATS) on just 4 of 27 drop backs (15%).  That should have severely impeded the Ravens pass game, but Jackson masterfully negotiated the pocket to extend plays as needed and delivered a 152.1 passer rating.

That was the key statistic if you’re trying to understand how the Ravens could win a game 38-6 while losing the trench battle decisively on both sides of the football.

The Ravens ran 57 scored snaps (excludes accepted penalties which result in no play, kneels, spikes, and special teams plays that result in a run or pass).

Stanley:  Ronnie posted a decent game before leaving after the first drive of the second half with an ankle injury.  He was beaten inside by the blitzing Sendejo for a half pressure shared with Skura (Q2, 3:43).  I charged him with 1/3 of the QH (Q1, 4:49) when he picked up Clayborn’s stunt deep and was bulled into Jackson, flushing him right from the pocket where he was knocked down by Garrett.  Those were his only negative plays.  He missed 6 blocks, of which 5 were losses at the LoS (3 to Olivier Vernon).  He made 1 block in level 2, but did not have a pancake.  He was not assigned to pull.  His highlight was a combination block on Richardson then Goodson (Q1, 9:46).

Bozeman:  Bradley was the Ravens most effective lineman.  He did not have a negative pressure event or penetration on a run play.  Of his 5 misses, 3 were losses at the LoS and the others were a miss in level 2 and a pull where he was unable to find a block.  While level 2 blocks and pulls can do much to extend runs, those losses rarely have consequences that result in negative plays.  He had 7 blocks in level 2 and pulled successfully on 6 of 7 assignments, but did not have a pancake.  His highlight was a combination block on Ogunjobi then Goodson on the 15-yard run/fumble by Jackson (Q1, 9:10).

Skura:  Matt struggled in his first game back.  His failed cut block allowed Larry Ogunjobi to crawl over him and force Ricard’s fumble (Q2, 15:00).  He previously was beaten left by Ogunjobi (Q1, 9:46) who took down Dobbins for a 2-yard loss.  He was bulled/pancaked by Vincent Taylor for a pressure (Q2, 0:34) and surrendered another full pressure to Ogunjobi (Q3, 3:01) when beaten right.  Disturbing was the fact he had no pulls or level 2 blocks (which may have been a product of scheme/defensive front).  Coming off the knee injury, it would have been nice to answer some of the mobility concerns.  He did not have a pancake or highlight.

The Ravens can’t afford to grade Matt on the curve.  He’s a player with a great work ethic and the fact he’s rehabbed so far, so fast, is remarkable.  But the Ravens face 2 of their most important games of the year the next 2 weeks and need to field the best OL possible.  The permissive IR rules (any player may be put on IR for as little as 3 weeks with an unlimited number of players allowed to return) are an option to be considered if the coaches do not believe he’s quite ready physically.

Phillips:  Tyre delivered a solid outing which gives hope for positive development as the season progresses.  I’ll start with the bad news.  He was party to 5 separate pressure events, including a full charge when bulled by Sheldon Richardson (Q2, 0:15).  That followed 2 consecutive half pressures surrendered to Richardson (beginning Q2, 0:29, both shared with Brown).  On the plus side of the ledger, he made 3 of his 4 blocks in level 2 and hit on all 7 of his pulls.  Since mobility was a question as a converted college tackle, it’s nice to see him perform well in terms of guard mobility, even for 1 game.  Of 3 missed blocks (the fewest among the starters), 2 were losses at the LoS.  His highlight was a well-maintained block on Ogunjobi where he pushed the Browns star 8 yards into level 2.

There is a lot to build on here.  Since the Ravens did not run as much read option (preferring to attack the Browns through the air while the game was close), he was not presented with as many opportunities as he will to use his length to open the front gate for the Ravens (primarily right-handed) power run schemes.  He can also work on pad level to improve his anchor inside vs bigger interior rushers (length/punch was often enough versus smaller college edge rushers).  I expect more positive than negative surprises from Phillips for the remainder of 2020.

Brown:  Zeus had his hands full with Myles Garrett  He was beaten for 2 full pressures by Garrett (Q2, 0:41; Q3, 14:18).  I also charged him for one third of the sack for the front-side pocket compression (Q3, 14:14).  The sack came from SCB Tavierre Thomas who slid inside through the gaping right B gap created by Garrett’s bull of Brown.  Only 3 of his 8 missed blocks were losses at the LoS, with the others a case of not finding a level-2 or zone block.  He had 2 blocks in level 2, but did not have a pancake or highlight.  He was not assigned to pull.

Zeus will be back both against less challenging opponents and when the Ravens return to their right-handed zone reads which simplify his role significantly.  In the meantime, it’s comforting that the 6 plays on which he had a share of a pressure or QH went for 3 incompletes and gains of 20, 16, and 11.

Fluker:  DJ entered at LT early in the 2nd half and the Ravens offense thereafter was limited.  He last played RT in 2016 when he finished a game in week 4 due to injury.  His last play at LT came in his 2013 rookie year with San Diego when he replaced King Dunlap for several games.  Tangentially, King Dunlap, now 35 and out of the NFL for 3 full seasons, might be a player worth checking in on to see if he’s still in playing shape given what I expect to be significantly thinned street-level tackle ranks due to COVID.  Fluker was beaten outside by Clayborn for a full sack (Q4, 9:07) on a speed rush.  He missed 2 blocks, 1 of which was a loss at the LoS.  He did not have a block in level 2, and delivered 1 pancake on his only pull.  That pancake of Goodson led Dobbins’ 2nd TD run and was also his highlight.

Mekari:  Patrick played the final 8 snaps in relief of Skura and surrendered a half penetration when backed up then shed by Vincent Taylor (Q4, 2:42).  Scoring: 8 plays, 6 blocks, 1 missed, ½ penetration, 5 points (.63 per play).  He gets no grade because he’s below the 20-snap minimum.

Powers:  Ben played the final 2 snaps in relief of Phillips and made both blocks. 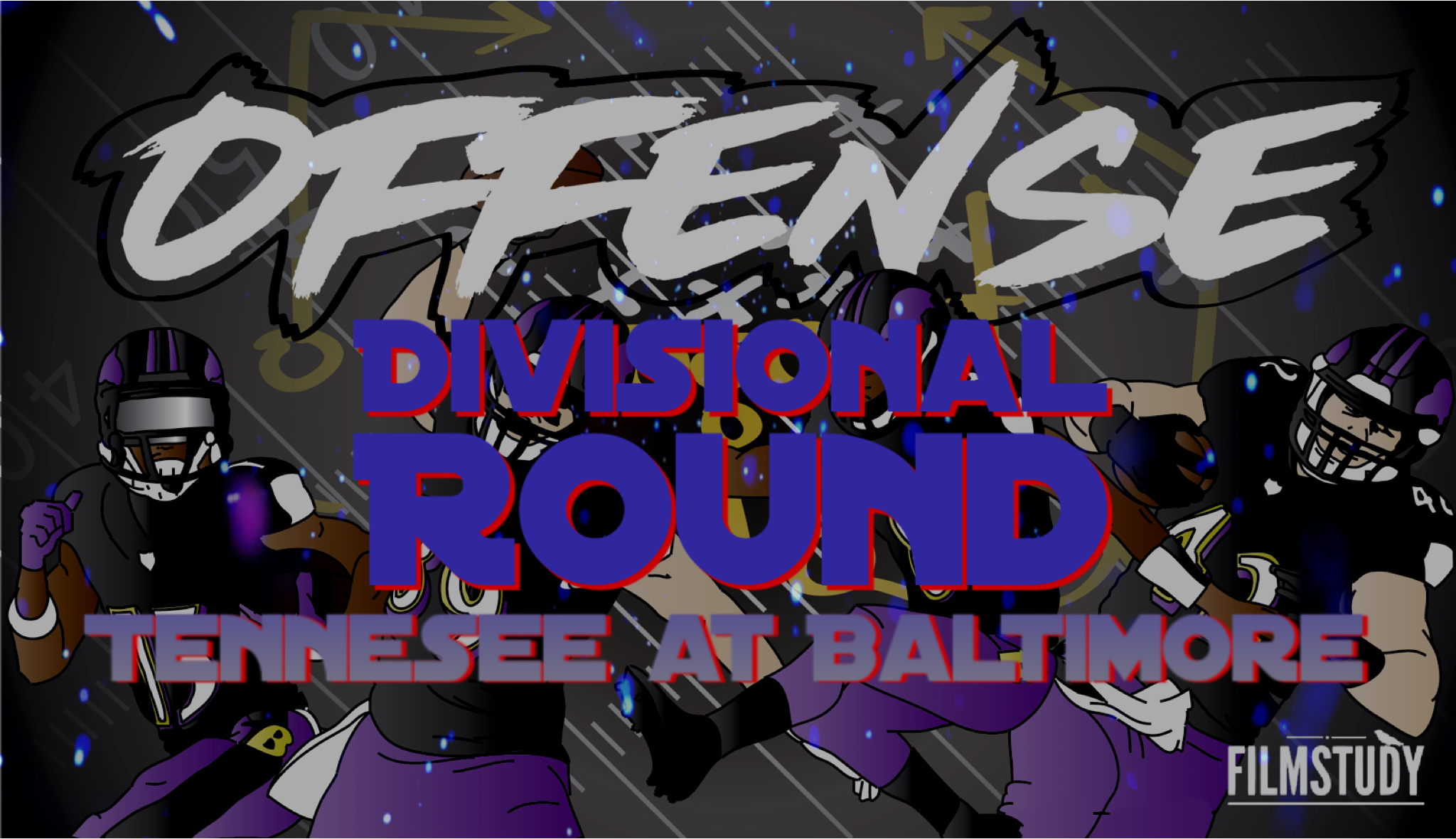