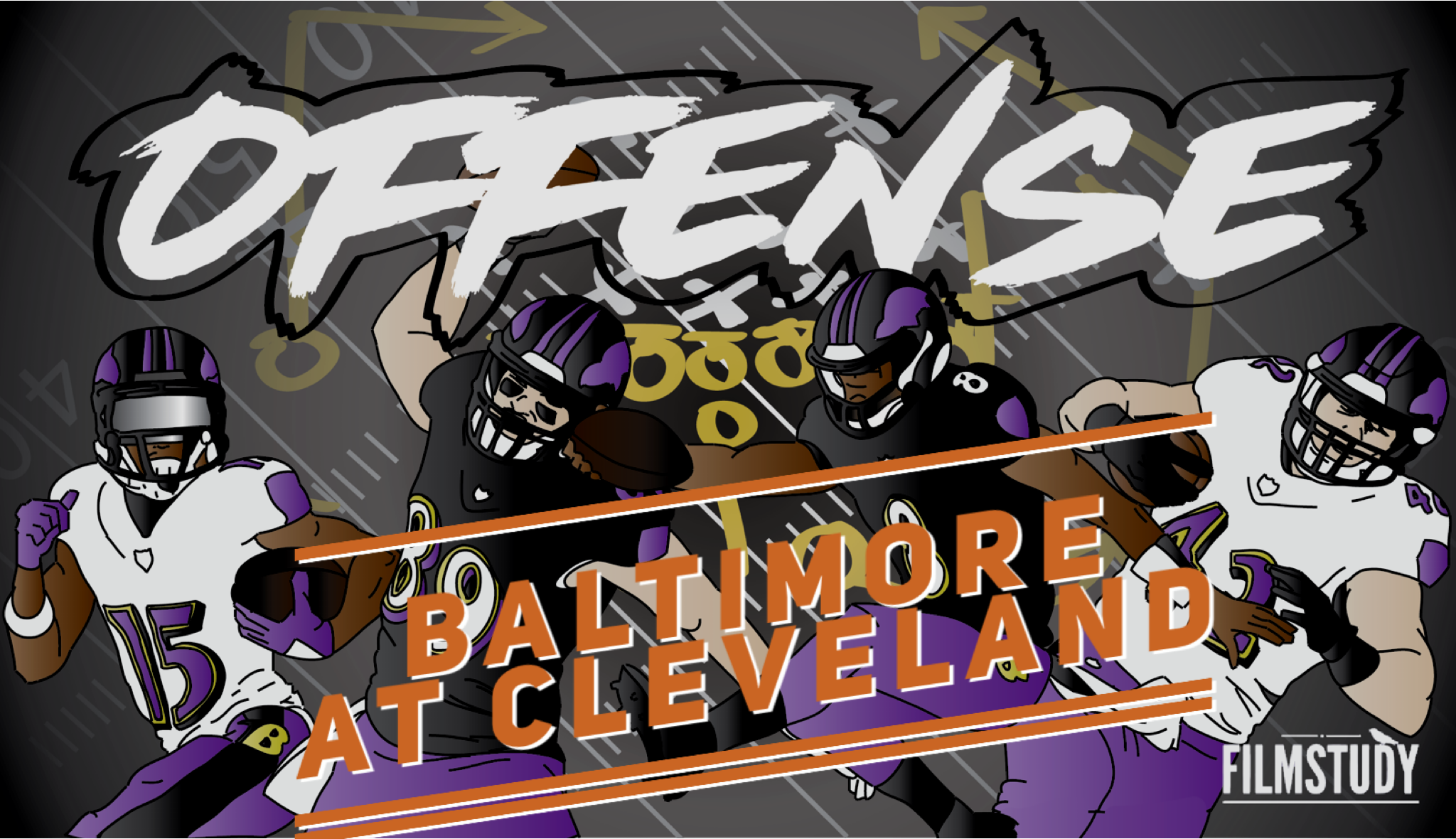 The Ravens ran 69 scored snaps (excludes accepted penalties which result in no play, kneels, spikes, and special teams plays that result in a run or pass).

This was a game with lower than normal subjective adjustments, because the Browns were, charitably, undermanned and playing the game in 3rd gear on defense.  In fact, the Browns online roster is (as of this writing) still without a picture for 5 of their defensive players.

Stanley:  Ronnie had another good game.  He was party to 3 partial events, the most costly of which was a half share of a QH allowed when he was beaten outside by DE Bryan Cox (Q2, 6:04).  He missed 5 blocks, only 2 of which were failures at the LoS.  Stanley made 9 blocks in level 2 and delivered 1 pancake.  He made 1 of 2 pulls.  I did not score him for a highlight.

Both Ravens tackles are playing very well and each is benefitting from Lamar’s talents.  There are, however, differences in how they derive advantages from Jackson.  In Brown’s case, the ability to down block on the DT on his side is an easier assignment that can then roll to a block on a scraping linebacker.  That in turn is easier than moving into the great wide open of level 2 or 3 to find a block, which he can avoid doing on at least some plays.  In addition, Brown is more frequently able to use his outstanding anchor to defend against the bull rush on pass plays where the edge rusher on the right side is trying to use a controlled rush lane.

On read options going left, Stanley is more likely to be tasked with moving to level 2 or 3 to find a block with Ricard or Boyle sealing.  Stanley has the mobility to affect defenders further downfield and that has resulted in more of Jackson’s long read option runs starting to the left.  Like Brown, Stanley has also benefitted as a pass blocker in terms of controlled rush lanes, but his gains are probably smaller, because he already had elite ability/feet to keep himself between the edge rusher and Jackson.

Bozeman:  Bradley had another fine game.  He had partial responsibility for 3 pass rush events surrendered within a 5-play sequence to Richardson, Ogunjobi, and Gustin (beginning Q2, 0:32).  On a positive note, the Ravens gained 14, 11, and 14 yards, respectively, on the 3 plays.  Of his 4 missed blocks, 3 were losses at the LoS, including a shared failure with Mekari to double team DT Sheldon Richardson (Q4, 5:14).  He had 3 blocks in level 2 and connected on 6 of his 7 pulls.  He delivered a pair of highlight combination blocks (Q1, 5:22; Q3, 11:37).

Mekari:  Patrick struggled again, including his 3rd holding penalty in 5 games.  He was beaten to his right by stunting DE Bryan Cox for a QH (Q2, 9:18). He held Cox who knocked down Jackson anyway and the penalty was declined when Jackson’s pass to Andrews was incomplete to deny 3rd and 4.  He allowed 2 other shares of QHs (Q2, 6:04; Q2, 0:15).  He surrendered another full pressure by bull rush to Richardson (Q2, 0:55) which might have been worse had Yanda not turned to flatten the DT as Mekari was at Lamar’s feet.  He missed 6 blocks, 4 of which were losses at the LoS.  He had 1 block in level 2 and was successful on his only pull.  He did not register a pancake.  His highlight came on Hill’s 18-yard TD run when he blocked Schobert twice in level 2 (Q4, 3:45).

Yanda:  Marshal remains consistently good.  His only full pressure charge came on a bull by DT Richardson (Q2, 1:50).  He received another half charge (shared because the Browns also had a free runner pressuring Jackson) when Richardson disengaged to bat down a pass at the LoS (Q4, 11:39).  Of his 4 missed blocks, 2 were losses at the LoS to Richardson.  Yanda made 3 block in level 2 and connected on 3 of 3 pulls.  His highlight was a combination to tee up Richardson for Mekari then block ILB Mack Wilson in level2 (Q4, 13:29). 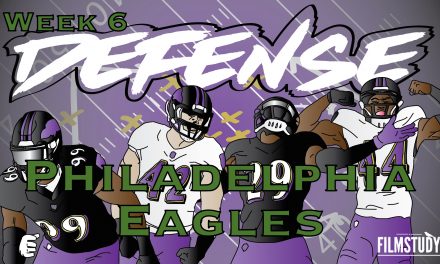 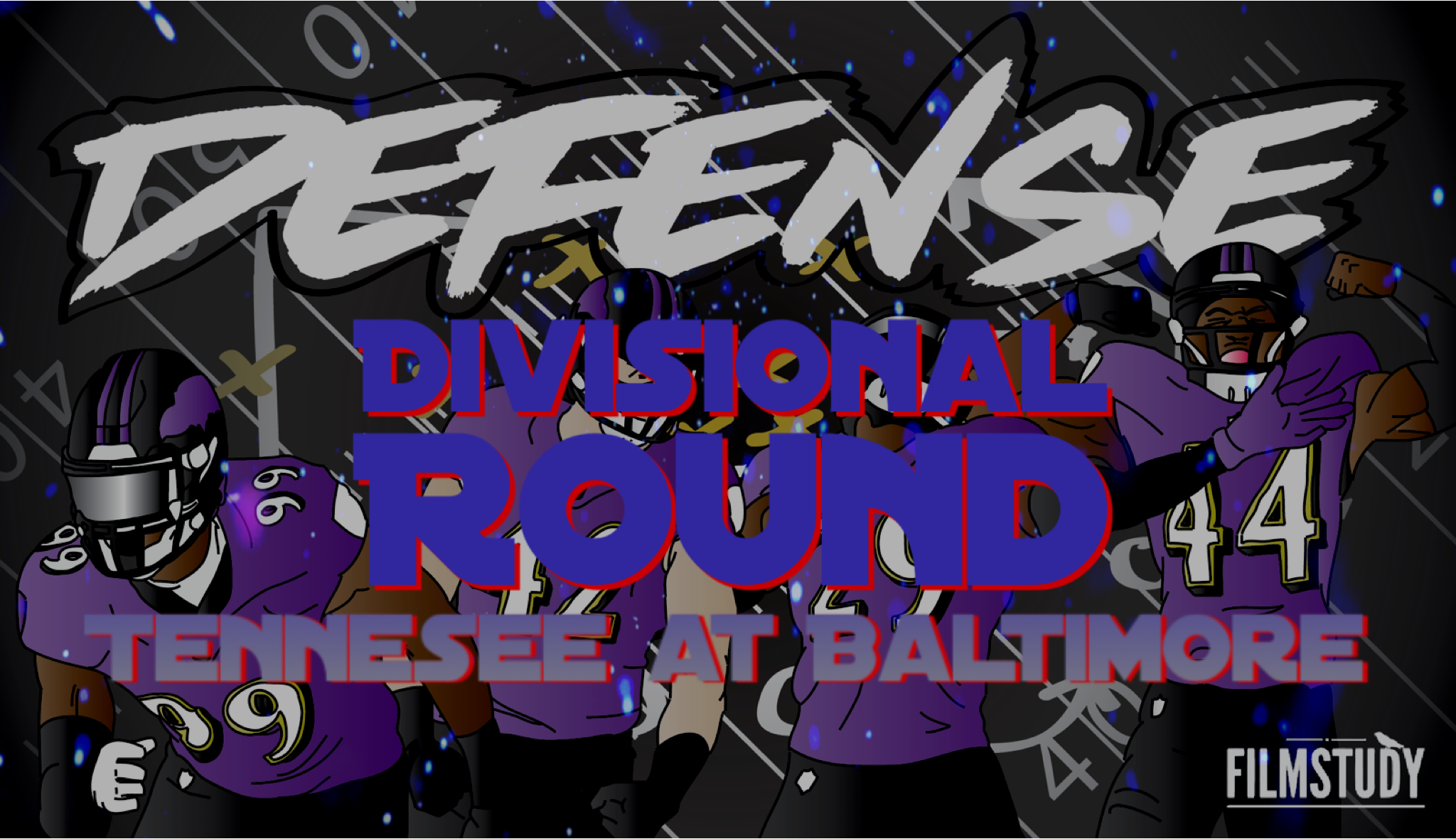 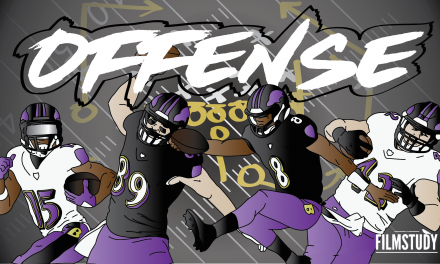 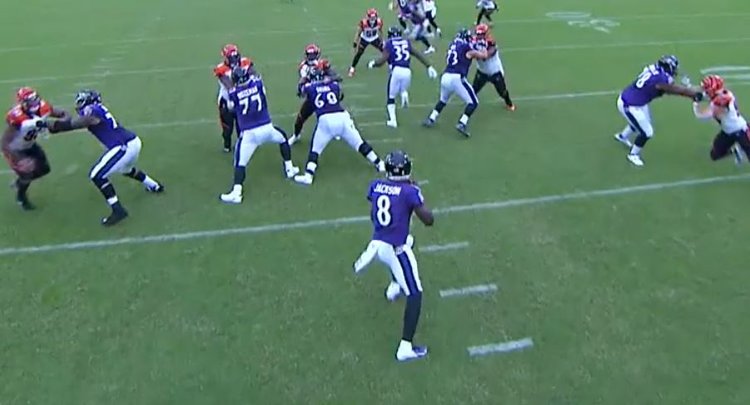